Thinking about gambling in the workplace as a social norm, let’s look back to see how this can happen…

It’s funny how we can trick ourselves into believing that because everyone else is doing something, then it must be okay!! I think that thought starts at quite a young age. Often as a kid, after a good ticking off, I would say “That’s not fair, all my friends do it”. My parent’s typical response was, “If your friends decided to jump off a cliff, would you do that too?” When I could, I would delight in saying, “You do it, so why can’t I?”

Sad but true, as a very young teen I smoked, I would watch a film or TV programme and some cool character would light up a cigarette and blow out plumes of smoke. Mahoosive trigger for me!! Nine times out of ten, shortly thereafter, I would pelt up to the bathroom have a quick puff and then frantically flap a towel about to get rid of the smoke. My parents smoked, so when I did sometimes get caught red-handed, the above would be my retort. (I was a bit of a  rebellious child!)

So we can think it’s okay to do things if the people around us are doing the same thing. We might then do whatever that may be, often without questioning whether it’s actually any good for us. We sometimes continue the activity despite being told or knowing that it’s actually bad for us. Whatever that thing is, this becomes the norm for us!

Activities often follow trends. The liquid lunch (still a given in some working cultures) is often slightly more frowned upon in some workplaces today. Cocaine became more prominent as a discreet substitute to the latter in the 80’s and 90’s. Still going on by many accounts: in some industries currently, alongside cocaine, the use of amphetamine and prescribed drugs like codeine phosphate is rife. This can lead to a reliance on substances to get through the working day.

Following on from that….

Gambling is currently the fastest growing addiction not just in the UK but also globally. Here in the UK that very scarily applies to children too. There are over 430, 000 known problematic gamblers in the UK and an estimated  3000, 000 more people at risk of becoming so. In actuality, the real figure of the latter is likely to be a lot higher as problematic gambling remains a very hidden addiction.

And now it seems that gambling is also happening in the workplace today. In fact, gambling has been a feature in the workplace for many years. Whether that’s a works’ outing to horse or dog races, nights out at the Casino or in house pools/consortiums for certain events, like football, the X Factor or Strictly.

What are contributing factors for gambling in the workplace becoming the new social norm….

The advancement of technology  in terms of gambling means that we can now do that 24/7. Most people now have smartphones and/or tablets with any amount of clever apps. This means they can gamble at home on the go and yes very definitely at work. In some industries, gambling forms part of the work culture. Colleagues chat about what they’re going to bet on, give tips, share good odds. As such it becomes something they have in common and builds their relationships. 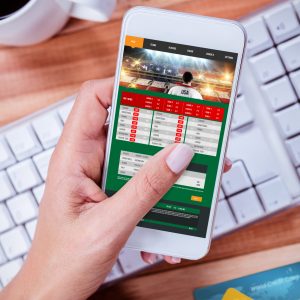 The volume of advertisements related to gambling and the increase of gambling sponsorships in sport all culminate in making gambling seem part of our daily culture. When all your mates are doing the same thing, sometimes it’s difficult to spot when gambling is turning into a problem. Problem gambling potentially has hugely negative impacts for the person gambling, their family, friends, colleagues and employers.

Is this ringing any bells for you?

Are you worried about your own gambling behaviour?

Has gambling become the new social norm in your workplace?